“You’re cold, but imagine, people walked further than this in tattered pajamas,” a haredi reporter points out to me.

I’m not leaving the house for almost eight hours, but my bag is already packed and I already have a pit in my stomach. To say I’m terrified of visiting Auschwitz tomorrow seems to belittle the actual terrors that took place there, but I’m still very nervous. People keep saying it’ll be an unforgettable experience, but I don’t know how I’ll be able to balance the strong emotions I’ll surely feel while I’m there with the need to take notes, ask intelligent questions and be generally professional.

People also keep telling me to dress warmly because it’s very cold, and I want to ask them if they really thought I didn’t know it’s cold in Poland in the winter.

The King David lounge at Ben-Gurion Airport is packed with current and former MKs, press, and machers (VIPs) ranging from Conference of Presidents leader Malcolm Hoenlein to Birthright alumni. A photographer snaps photos of people schmoozing, as the buzz stays respectfully quiet and people snack on the mini sandwiches and salads.

I talk to MK Dov Lipman (Yesh Atid) about how we’re both going to Poland for the first time. He has survivors in his family and relatives who perished in Auschwitz, and he’s nervous and sure this will be a powerful experience for him. He wanted to sit alone and think, but other MKs insisted on socializing. Continue reading

The Knesset delegation enters Auschwitz, under the “Work Will Make You Free” sign. 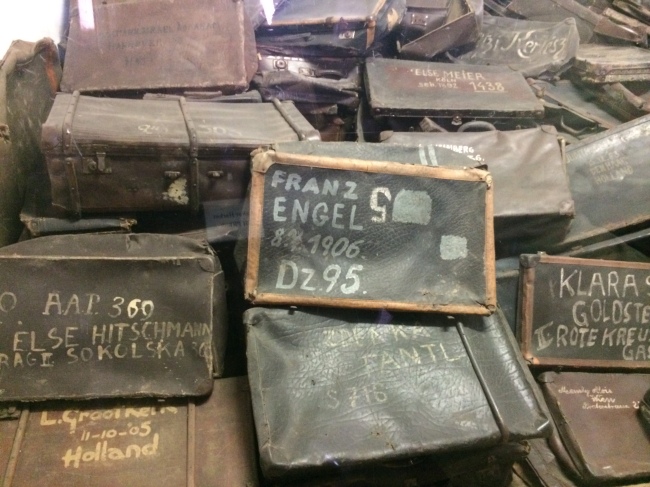 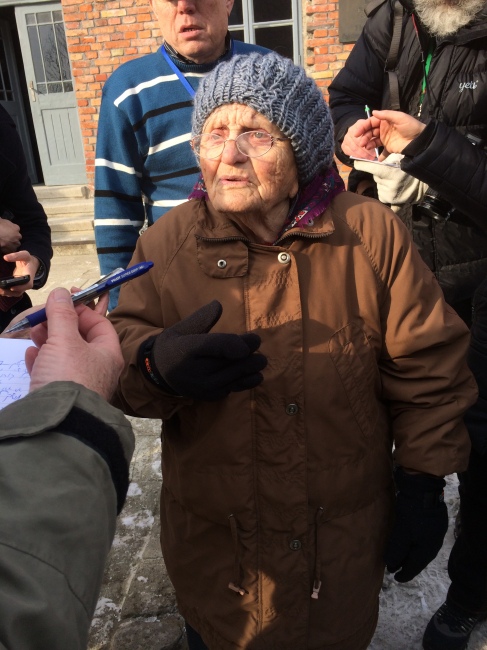 Auschwitz survivor Tzipora Dracinover: “Whoever came out of here alive – it’s a miracle. I have grandchildren. They’re all Jewish and religious. That’s our victory.”

MK Menachem Eliezer Moses (UTJ) finds his relatives in the giant book of names in Yad Vashem’s building in Auschwitz.